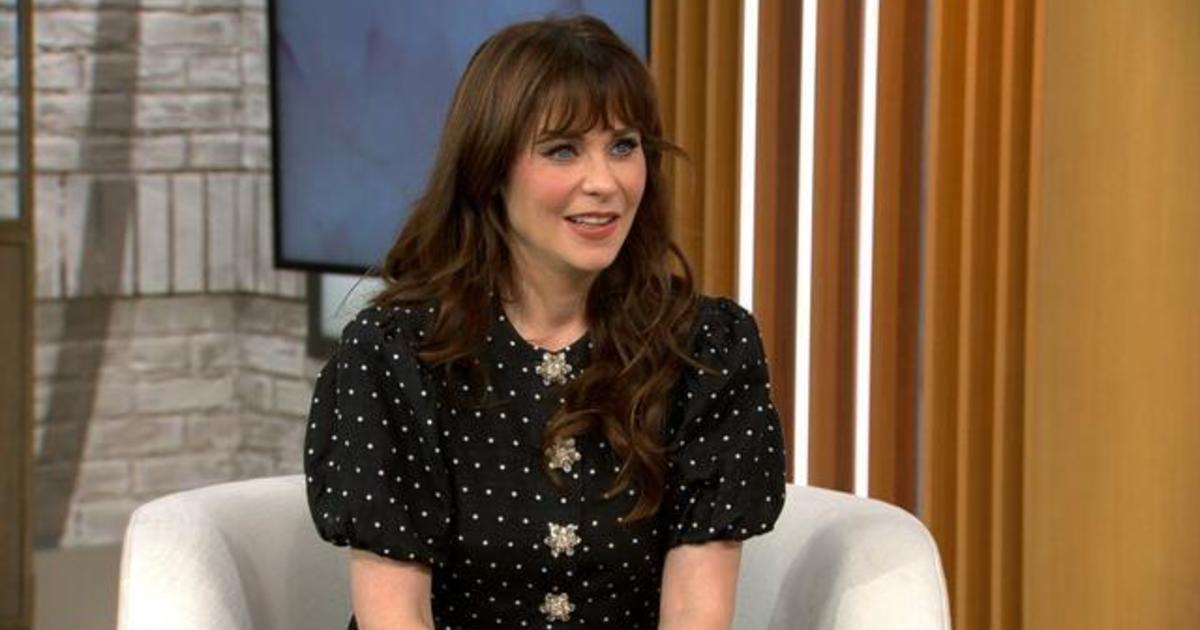 When actress and singer Zooey Deschanel was pregnant, she took “eating for two” seriously.

“I was trying to eat really healthy because I felt like a big responsibility being pregnant. I was like ‘Oh my gosh, this food I’m eating is like going to the baby.’ I’m like, ‘What am I gonna do?’ So, I was trying to eat healthy. I started looking into everything I was eating and I found it was difficult to find information,” Deschanel told “CBS Mornings.”

She discovered during this time that healthy and nutritious groceries were hard to find and expensive. This inspired her to start a company called “Lettuce Grow” in 2019 that helps provide hydroponic growing systems to people to grow indoor gardens.

Deschanel said that after creating Lettuce Grow, she felt she could take it a step further and help other aspects of healthy eating. So, she created the app Merryfield, which aims to make healthier options less expensive for everyone, no matter their social status.

Merryfield has been “an amazing experience because we’ve had so many people reach out to us and say this is the difference between me being able to afford this healthy food for my children, for my family, and not afford it,” said Deschanel.

Through Merryfield, shoppers scan their grocery store receipts after shopping.  They then get rewards for buying items from Merryfield’s dozens of partner brands which the company has vetted to fit their standards and deemed better for you.

The Merryfield app is free to all users — shoppers only receive rewards for using it.

“You have a week to scan the receipt and then it just does all the work for you and you get points,” she said. “I love gamifying healthy eating. It just really helps it be fun and then also, it helps it be more accessible to people.”

Deschanel’s venture into the health world is quite different from her successful career as an actress. She famously played Jess in the television series, “New Girl.” The show stopped airing in 2018 but has found a new audience as it was put on streaming platforms like Netflix — something Deschanel said is great to see.

“It’s been so wonderful actually, a lot of people think it is still on the air and I’m like ‘No, we stopped shooting… five years ago.’ It’s had a resurgence and it’s nice to see it has longevity and staying power,” she said.